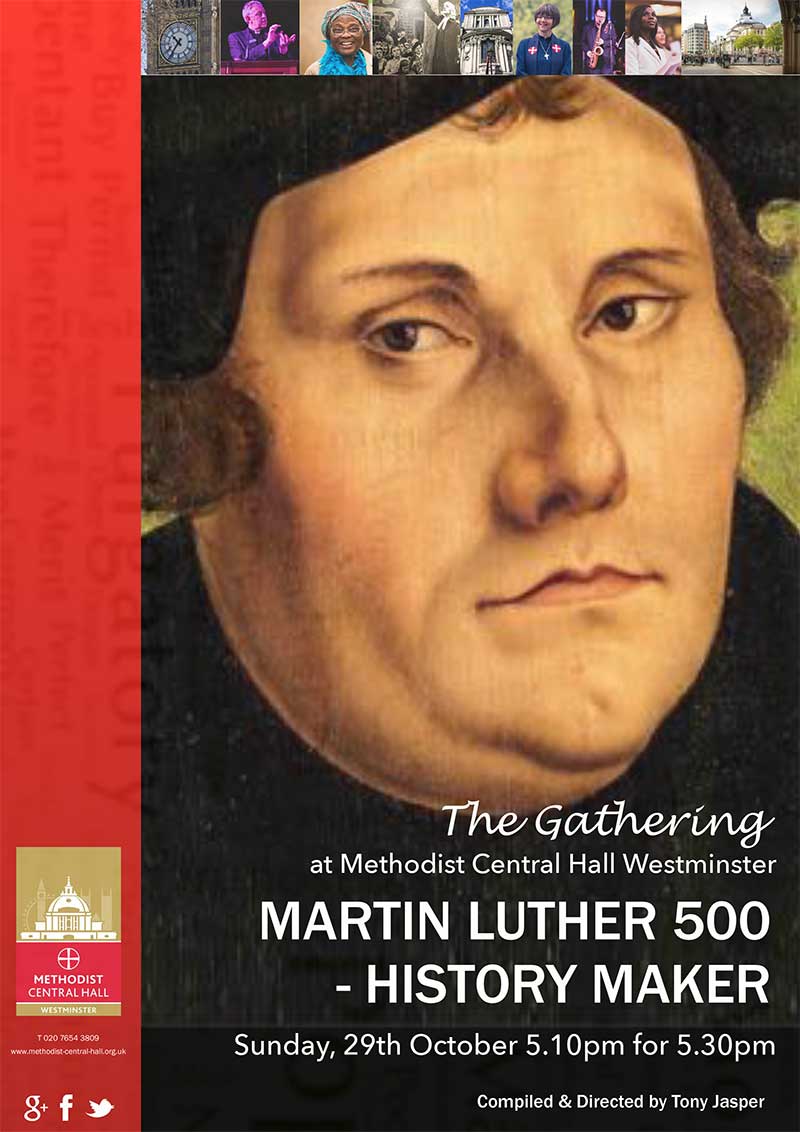 More about The Gathering ...
MARTIN LUTHER 500:

Tony Jasper has a long list of credits in theatre, radio, and television. He is an
author of over 70 books, and has contributed widely to a variety of magazines,
and papers, including The Methodist Recorder. He has degrees and diplomas
in theology, drama, education and communication. He is the founder of the
Jasperian Theatre Company and runs an online magazine that can be read via:
www.jasperian.org/crisis-magazine. He says he has been privileged to present
what is now a growing list of presentations here at MCHW.

Emma Danby is delighted to be part of tonight’s presentation at MCHW, and
previously joined Tony Jasper as performer and violinist in his touring
productions of Glory, Glory and Charles Wesley 1707. A wide variety of other
work includes 90-year-old Nell in Samuel Beckett’s Endgame for Compass
Theatre Company, Ren for Margaret Atwood in the premier dramatic
presentation of her book, The Year of The Flood, and organising a scientific
conference for The European Space Agency!

‘A global Christian family, following Jesus at the heart of London.’ 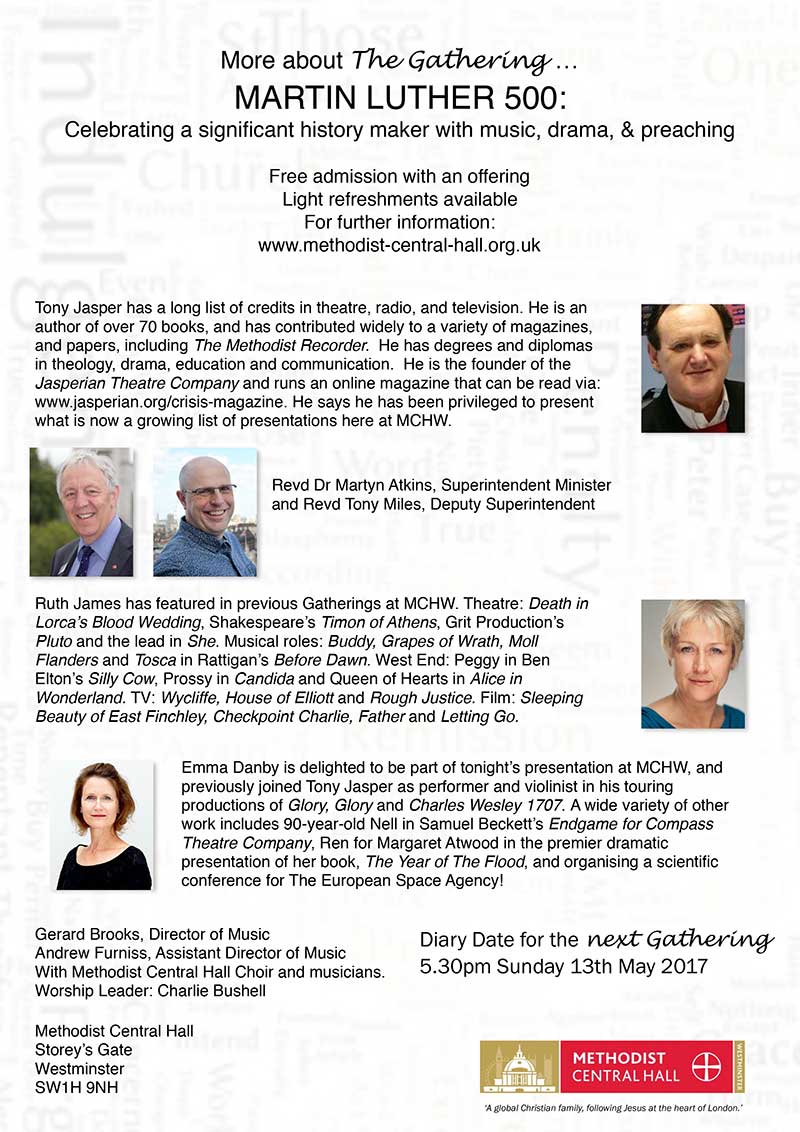